The Barnet Unity of Faiths Festival

The Barnet Unity of Faiths Festival, planned for May 2017, will be launched on Wednesday 7th September with a celebratory football tournament involving Jewish and mixed Muslim and Christian youth teams. TUFF FC, a London-based multicultural football project which has received international media attention and recently welcomed His Holiness the Pope as its Patron, will field boys’ and girls’ teams against youth sides formed by Jewish sporting organisation Maccabi GB. The tournament will take place at the Allianz Stadium, Copthall from 17.30 till 20.00, introducing football to the Saracens’ hallowed turf and bringing TUFF FC’s model of integration-through-football to Barnet for the first time.

After the tournament guests will be welcomed by the Mayor of Barnet, Cllr David Longstaff, at a drinks reception in the 100 club at the Allianz from 18.15. The Saracens’ winning trophies will be on display and there will be a chance to meet the young footballers. There will be a fund-raising auction including a signed Diego Maradona shirt and a Saracens Champion Team shirt, and entertainment will be provided by Shir.

The event is a fund-raising launch for the Barnet Unity of Faiths Festival (Celebration Barnet: Unity in The Community) which will take place in the Allianz Stadium on Spring Bank Holiday, 29th May 2017. This exciting and ambitious occasion will celebrate Barnet as a place where different faith communities from all over the world can live, work, study and play together. The free festival is being developed by a partnership of strategic Council, voluntary, sporting and business agencies across the Borough, and is intended to enhance community togetherness and knowledge between faiths in Barnet in a show of unity and understanding. It will be open to local residents of all ages, abilities and beliefs and will express diverse cultures through music, art, drama, food and sport. For more information please contact Esmond Rosen at info@barnetmultifaithforum.org.

The Barnet festival will be one in a series of Unity Festivals run by The Unity of Faiths Foundation (TUFF, www.theunityoffaiths.org), a secular charity founded to build bridges between people of different faiths and ethnicities. In previous years, festivals in the London Borough of Ealing have attracted crowds of up to 35,000. A Unity Festival is planned for Kensington and Chelsea in 2017 and TUFF have also run events in India and Italy. 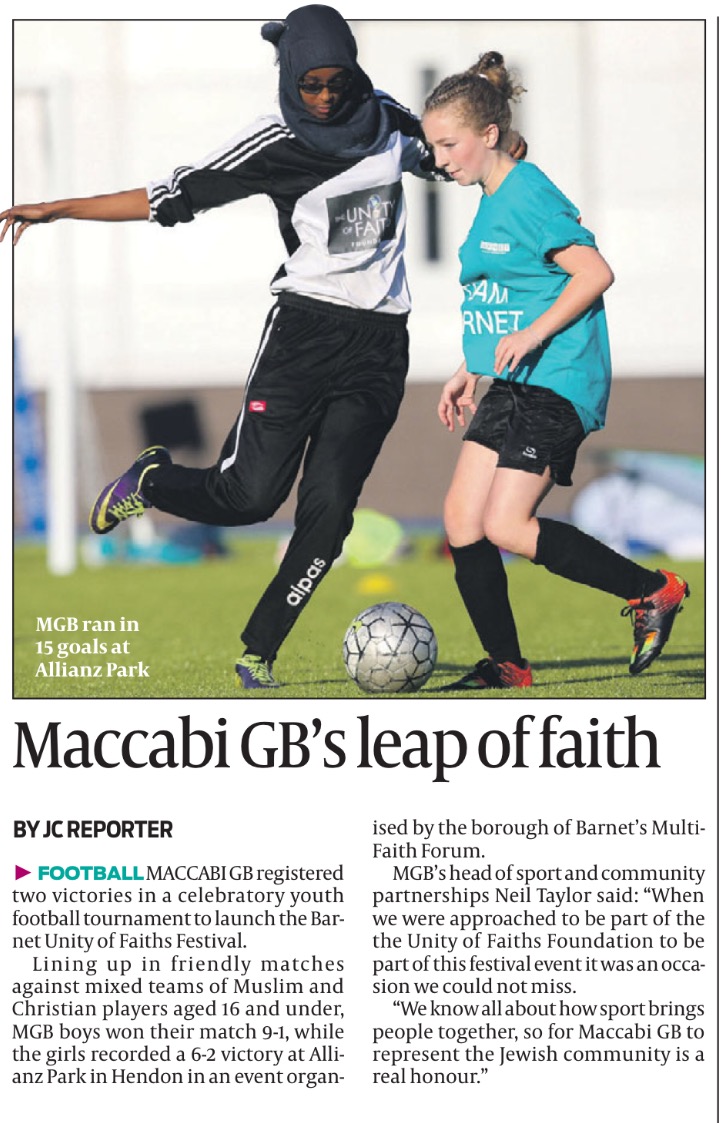 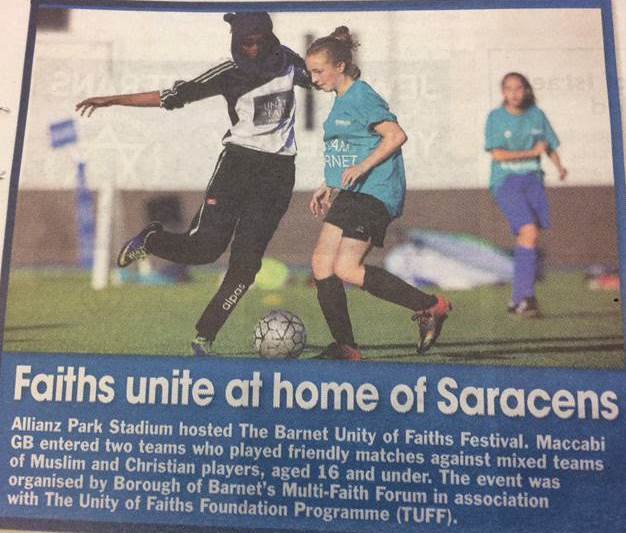